Wildlife, sandy beaches, quaint accommodations, and upscale attractions are in store for visitors. 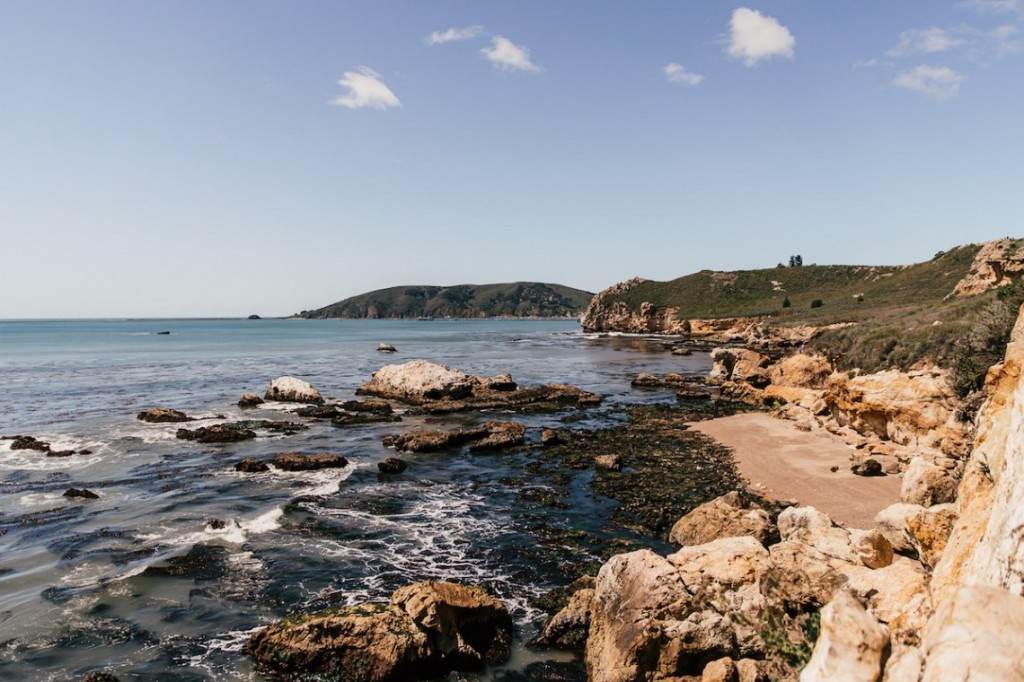 OK, then. Name the one where sea otters bask picturesquely on their backs. It also has a lighthouse. Whale-watching. World-class golf links. A vintage trolley. Fishing for rock cod, halibut, and salmon.

Framed by a bay, it sports seafront restaurants with dog-friendly patios, artisanal ice creams, and house-made watermelon fudge. White-sand strands, including a clothing-optional one, are lapped by gentle surf shining like pale jade under an almost absurdly mild sky.

Ten miles west of San Luis Obispo, whose 19th-century shipping port it was, Avila Beach is less familiar even to native Californians than most of its coastal cousins — partly because with a current population of under 2,000 residents, it’s always been tiny and partly because, for a while there, it virtually disappeared.

In 1998, after corroded pipes spurred a subterranean oil spill, the oil company Unocal Corp. evacuated residents, razed blocks, and replaced 200,000 cubic yards of contaminated material with clean sand and soil atop which today’s town was built. Stately palms now stand sentinel over quaint wooden balconies and a curvy-swervy esplanade where visitors and locals wander while savoring locally crafted Doc Burnstein’s ice cream and house-made fudge from the friendly Hula Hut, gazing mesmerized at waves that won’t let them look away.

A bracing cycle or sylvan stroll up the paved Bob Jones Trail, on which passersby actually smile and wave, brings you to the hundred-acre, century-old Sycamore Mineral Springs Resort & Spa, whose every stylish guestroom boasts its own spring-fed hot tub. For a nominal fee, nonguests can soak in private outdoor tubs while watching butterflies and birds navigate a lush oak forest under a wide-open sky that sometimes, thanks to the springs, smells faintly of sulfur. At the resort’s airy Gardens of Avila restaurant, executive chef Tommy Noel sources ingredients from an on-site organic garden to create such seriously exquisite epicness as halibut Reubens and sprouted-walnut pâté.

Further proving that beachside dining needn’t be burgers-and-shakes basic in a town with more wineries — including Morovino, Silver Horse, Croma Vera, Alapay, and Sinor-LaValee — per capita than most, Custom House restaurant serves seafood-forward Mexican and American classics and towering, protein-rich salads. Equally panoramic with its popular bar and upturned-basket lamps, and also mere steps from the surf, Blue Moon Over Avila offers tapenade, croques monsieur, and other sumptuous suggestions that you’re on the French Riviera.

But you’re not. And you’ll actually be glad you’re not, because Avila Beach is Deep California, where the chaparral meets the shore, where laid-back luxury meets those wild, unfiltered fathoms and lets you remember exactly who you are.