Community members, and bird enthusiasts alike are encouraged to flock to the Avila Community Center February 21st at 10am to celebrate Avila Beach’s Bird Sanctuary Day. 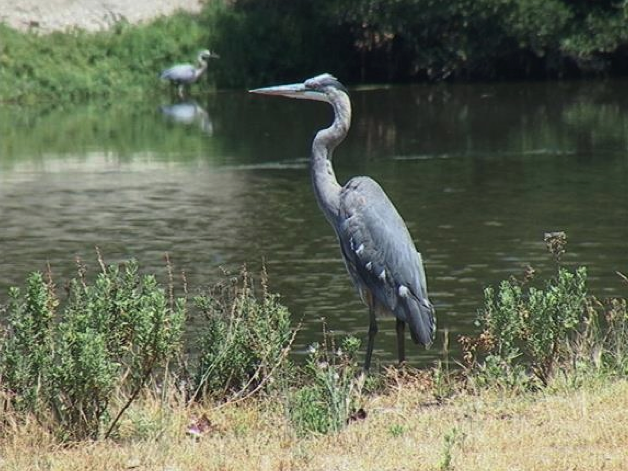 “It all started when I noticed an increase of migratory cliff swallows coming to Avila Beach” states Shirley Goetz, long time resident of Avila Beach,  “Learning of the epic journey that these birds fly to migrate to the Northern Hemisphere for breeding, opened my eyes to the bounty and variety of birds that already live here in Avila Beach year-round.” 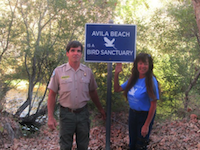 It is this observation that began Shirley’s own journey, as she was inspired to get Avila Beach declared a Bird Sanctuary by the County of San Luis Obispo. Her efforts began with a few discussions with other locals, as she began to express “my idea with several friends about having Avila Beach designated as a bird sanctuary, and many people agreed”. Then Goetz began to the work of making her idea a reality, as she and Andrew Cristy, of the Santa Lucia Chapter of the Sierra Club, constructed a petition and sought out signatures in support of the proposal, which “Nearly two-thirds of the Avila Beach businesses and numerous local residents were delighted to sign”.

After reaching out to local agencies such as the Avila Beach Advisory Council and the Avila Beach Tourism Alliance, to name a few, Goetz got the letters of support she needed to confidently bring the vote to the San Luis Obispo County Board of Supervisors—which eventually lead to a passing of the resolution of December 3, 2013, officially deeming Avila Beach as bird Sanctuary.

The event begins at 10am to celebrate Avila Beach’s official designation as a California Bird Sanctuary town and in turn, presents a full day of education and appreciation for the local bird population.  Goetz notes that, when reaching out to an organization to collaborate with on the event, there was a want and a demand for education on the wildlife in our area. She says “people that I have worked with in the beginning of this process were interested in being a part of educating the public about our variety of birds we have here in Avila Beach and were excited about planning educational events for the public to enjoy. I received their support in planning this event. Some of those supporters are the Stewardship Traveler’s Program, WineCoastCountry.com, The Avila Beach Tourism Alliance, Positive Futures, and the VisitAvilaBeach.com folks, and many more.”

All participants in the celebration will begin the day with a brief history of the Sanctuary followed by a regional birding overview and a live bird exhibit presented by Pacific Wildlife Care, which includes the local celebrity named “Morro”, the rescued Brown Pelican– who is one of the stars in the movie “Pelican Dreams” and the guest Goetz is personally most excited for. Attendees will be able to later test their knowledge gained during the day, as the event eventually takes the group out on an active bird walk.

After learning about the sanctuary, Avila’s bird diversity, and about plastic waste and its alarming impact on our birdlife, the day will ultimately conclude with the option of participating in a Stewardship Beach and Trail Clean-up. Since the event takes place during San Luis Obispo’s Coastal Discovery and Stewardship Month, individuals are offered the option to grab a cleanup kit at the end of their sanctuary experience and pick up waste they find whilst exploring the beaches and trails of Avila further.

Though this sanctuary celebration is the first ever, Goetz has high hopes for what is to come. She adds “I hope that the Avila Beach Bird Sanctuary Day will become an annual event for everyone, children, their families and avid birders to enjoy and learn about birds in our area and the journeys of migratory birds. I also hope it will benefit commerce of our local business that support the sanctuary, and bring people to this piece of paradise right in our own backyard”.

So make sure to get out and find your own piece of paradise this February 21st and attend the Avila Beach Bird Sanctuary Day Celebration! The event is free of charge. To attend the celebrations, head over to the Avila Community Center, which is located at 191 San Miguel Street, Avila Beach.

For more info on the event, visit http://www.visitavilabeach.com. Learn more about Stewardship travel throughout the month of February by visiting http://www.winecoastcountry.com/events/coastal-discovery-stewardship-month/