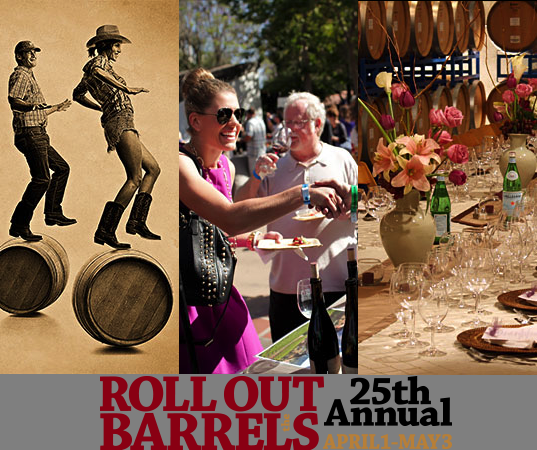 The San Luis Obispo (SLO) Wine Country Association is charging into its 25th anniversary year with fresh energy, reinventing its signature “Roll Out The Barrels” event as a monthlong celebration of immersive wine adventures at various wineries throughout April.

“This is a time to not only celebrate our roots, but also to change things up and build upon our momentum as an up-and-coming wine region,” said Heather Muran, executive director of SLO Wine Country, the intimate coastal winegrowing region in southern San Luis Obispo County on California’s Central Coast.

The new Roll Out The Barrels experience begins on the week of April 6, and concludes at the end of the week of April 27. The entire month will offer a variety of winery adventures and activities on an a la carte basis, organized by weekly themes such as “Taste The Coast,” “Farm to Fork” and “Sustainability & Heritage.” Examples of these adventures include:

The final week of Roll Out The Barrels will feature the “Barrels in The Plaza” wine and food pairing event at Mission Plaza in San Luis Obispo onThursday, April 30. A full schedule of adventures and events is forthcoming.

While commercial wine was first produced in SLO Wine Country in the late 19th century, it wasn’t until the 1970s that the modern wine industry began to emerge locally. The formation of the SLO Wine Country Association in 1990 marked a turning point, with local wineries banding together to create a unified organization dedicated to serving and promoting the region. This year, the association is not only celebrating its 25th anniversary, but also embarking on a new five-year strategic plan.

“The history of SLO Wine Country is very deep and diverse,” Muran said. “At the same time, we feel like we are really hitting our stride right now. The reinvented Roll Out The Barrels celebration is an example of how we are staying true to our roots while embracing a fresh direction.”